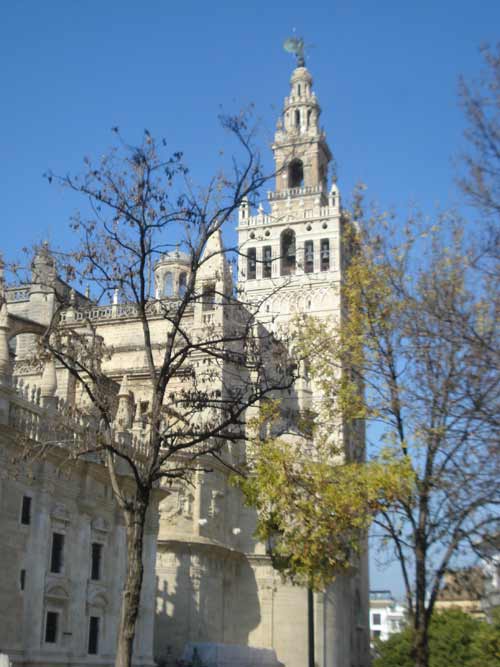 This is one the main tourist visits to Seville thah you should not miss. The Cathedral and Giralda of Seville were declared a World Heritage Site by the UNESCO in 1987. It is the most representative temple of the city, whose splendid past is present in the architecture of its buildings and chapels and in the countless works of art that it treasures.

With Muslim Almohad origins (12th century), of which the Patio de los Naranjos and the famous Giralda tower are good examples, what would become the largest Gothic temple in the world is the result of an ambitious project that was conceived in the 15th century in late gothic style, and later Renaissance extensions of the highest quality.

The baroque, so important in Seville, left its mark on innumerable altarpieces and works of art. Inside, the remains of Christopher Columbus and his son Hernando, founder of the best Renaissance private library (the Biblioteca Colombina) rest.In summary, a whole compendium of art and history that arouses admiration.

My activity is that of the tourist guides, in a habitual and paid way, I provide information, support, guidance and assistance services, in tourist and cultural, monumental, artistic, historical and geographical or natural (ecological) matters, to those who make visits to the historical-monumental, cultural and natural assets that are part of the Historical Heritage.