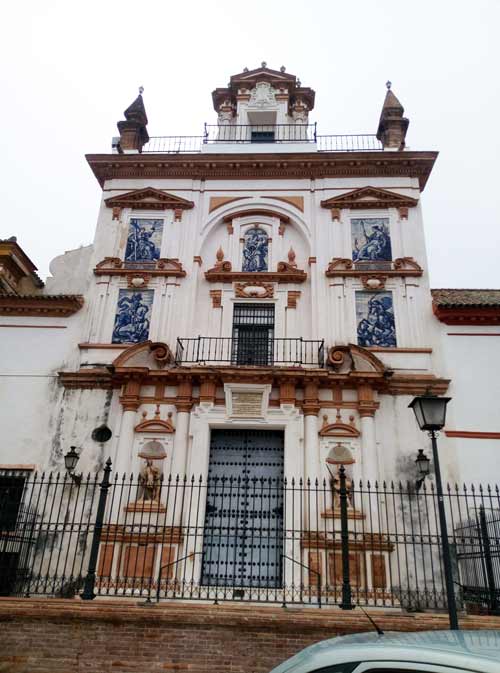 The Hospital de la Caridad is a magnificent building created in the seventeenth century to assist the indigent sick and give a Christian burial to those drowned in the river.

It is the great work of Miguel de Mañara, a Sevillian of high birth who decided to dedicate his fortune and his life to the care of the less favored of the opulent Sevillian society of the seventeenth century.

The set of dependencies of the hospital, built between the ships of the neighboring Atarazanas (some of its arches were reused in the set), is largely preserved almost intact, especially its large entrance courtyard, actually two courtyards with two sources central separated by a gallery on arches. But what stands out most of all is the church, building a great constructive and decorative unit.

The decoration of the church follows the iconographic program designed by Mañara himself, whose reference is the Charity: paintings, altarpieces and mural painting, everything speaks of the exercise of charity with a baroque language that keeps a great harmony and that was made by the best artists of the time: Murillo, Valdés Leal, Bernardo Simón de Pineda, Pedro Roldán …. A set without equal in Seville for its quality and its unity of style.